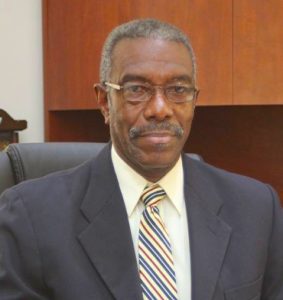 Harry Pilgrim, inducted into CARAIFA’s Hall of Fame in 2015, is a former Regional Manager for Sagicor Capital Life’s operation in Belize, a position he held for twelve (12) years up to his retirement in 2012. Currently, he is Chairman of the Board of Trustees of The University of Belize. He operates out of a family-owned firm trading as Diversified Life Solutions Brokers Ltd. The brokerage focusses on solidifying and enhancing marketing delivery primarily in Employee Benefits – Life, Health and Pensions – while providing service in property and motor classes of insurance placements. The brokerage serves a diverse corporate and governmental clientele.

As a founding member and a two-time President of the Belize Association of Insurance and Financial Advisors (BELAIFA) he has been in the forefront of the planning of four successful and highly acclaimed CARAIFA Congresses held at various locations within Belize. Mr. Pilgrim’s commitment to the regional integration of the industry has seen him serve two terms on the CARAIFA Executive as Public Relations Director.

Harry Pilgrim attended St. Michael’s College in Belize City, Belize and Calabar High School in Kingston, Jamaica before completing a Bachelor’s degree in History at the University of the West Indies Mona Campus. In 2004 he completed the Master in Business Administration (MBA) at the Sagicor Cave Hill School of Business & Management, UWI, Barbados. Early in his 40 year insurance career he obtained the Life Underwriters Association Training Certificate (LUATC), Associate in Customer Service (ACS) and Associate in Insurance Agency Administration (AIAA) designations. He became a Chartered Life Underwriter in 1998.